I just got home from spending the weekend at Tutka Bay Lodge, a remote lodge in Kachemak Bay. The lodge is home to a remote cooking school. The Widgeon II is a historic boat that went from a World War II vessel to a crabbing boat, and was drug up on to the beach of the remote lodge and transformed into the cooking school it is today. Unique and rustic, the cooking school is without running water and an oven. I was sponsored by UAA’s Department of Journalism to attend a food writing retreat hosted by Alaska’s own Julia O’Malley and New York Times Food editor Sam Sifton at the lodge. We ate, cooked, and wrote the weekend away. Here’s the homemade fettuccine recipe I derived  from this weekend. 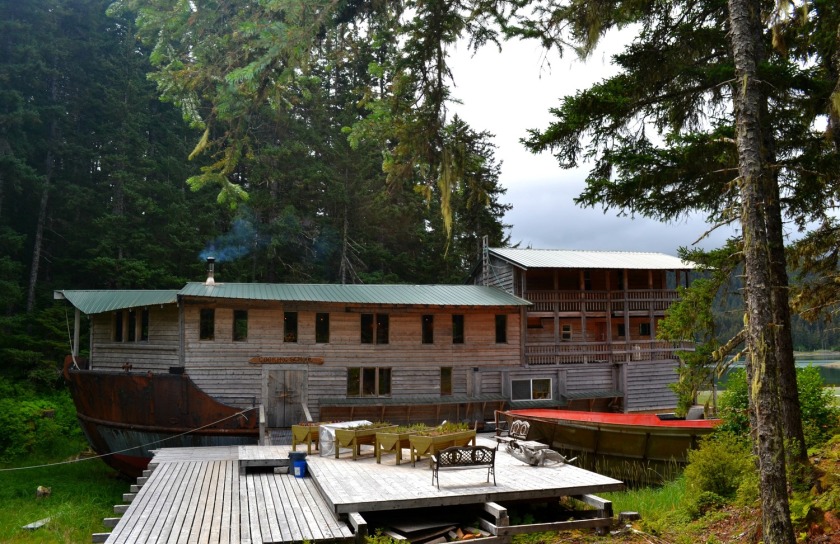 Hearing the word homemade followed by something you’ve only ever thought ywould buy can be daunting. I’ve made homemade pasta once in my life as part of a ‘culinary boot camp’ my parents put me in one summer as a kid. In the class we learned knife skills and basic cooking repertoire. Of all the things we did that week making pasta seemed to be the most time consuming and tedious task of them all. Flash forward a decade later in the Widgeon II, a remote cooking school in Kachemak Bay, I’m assembled with a small team consisting of a fellow writer and a gifted cook. Tasked to work with the ingredients at hand, we are inspired to make pesto, and the idea of pasta soon follows. Investigating to see if fettuccine was available, we were greeted without pasta, but with a clunky metal machine that I spent numerous afternoons avoiding as a kid. The ominous crank wasn’t enough to deter my hunger. I turned the crank and helped to feed the pasta through. Shocked at how little time it took to make such a small amount of flour go so far, I was having a revelation. Maybe making pasta isn’t as annoying as I thought? Maybe everything seems to take hours as an 11 year old? When the water was boiled and the pasta was done I tasted for doneness and it clicked. The kneading, feeding, and cranking was worth it for the delicate, melt-in-your-mouth, almost buttery consistency of the pasta. Create a taste you can’t buy from a store. 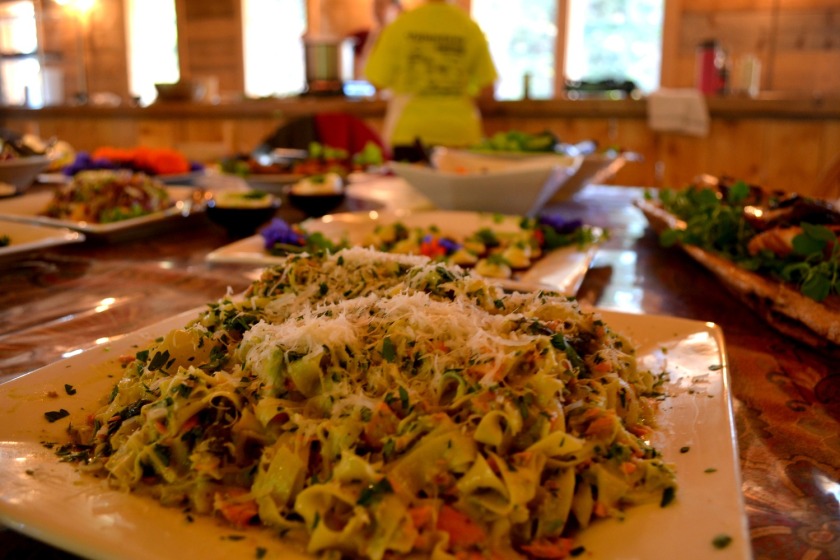 1.       In a large mixing bowl incorporate 2 cups of flour and salt. Create a well in the center of the flour.

2.       Place the olive oil, egg yolks and the egg into the well and with two fingers whisk the eggs into the flour until a tacky dough is formed.

4.       While dough is resting set up pasta roller and cutter per manufacturer’s instructions.

5.       After the dough has rested cut into even thirds. Set the excess two aside, keeping them covered, and work with the first third by flattening the leading edge until it reaches about ½ inch in thickness.

6.       Feed the flattened dough through the pasta roller on the widest setting. Once the dough has been fed through, take the stretched dough and fold into thirds. Dust the pasta dough with flour if tacky.

8.       Once the layers are created, proceed to thinning and stretching the pasta dough. Reducing the width of the rollers each pass through until you have reduced the width 8 times. Dust the dough with flour as needed.

9.       Add the pasta cutter attachment to the pasta making machine per manufacturer’s instructions. With the widest pasta cutter setting or the fettuccine setting, feed the pasta sheet through the cutter. Once pasta has been cut dust liberally with flour and form the pasta into a small nest, set aside and cover with plastic.

3.       Shake the remaining flour off the pasta before placing the pasta into the boiling water.  Sir the pasta until the water has returned to a boil, and allow to cook until desired doneness, approximately 2 – 4 minutes.

4.       Once pasta has reached desired doneness, reserve a cup of the cooking water for later. Drain the water and serve.