Originally published in the Peninsula Clarion 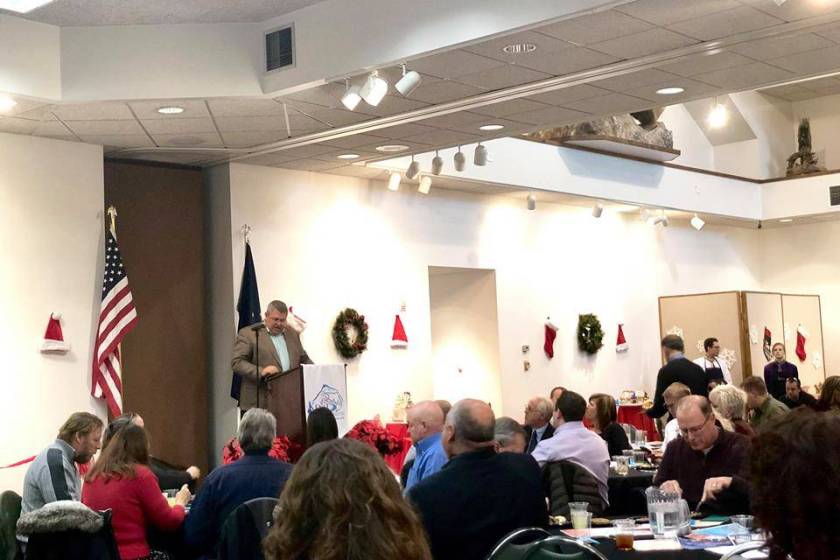 The borough had nearly $4 million less in deficit spending than projected, according to Borough Mayor Charlie Pierce, who was speaking at a Dec. 5 Joint Chamber Luncheon at the Kenai Chamber of Commerce and Visitor Center.

The borough managed to spend less from a combination of federal money, state money and budget tightening on the local level.

“There were a lot of unanticipated gifts,” Pierce said at the chamber luncheon. “We can’t take credit for all of it.”

The largest reduction of the deficit came in the form of $3.1 million in federal PILT money, or payments in lieu of taxes.

PILT money is what the federal government pays as their contribution to area federal lands.

An additional $1.2 million was saved through expenditure tightening and project fund rollovers. Pierce said the borough put a hold on everything and looked at every expense to help cut back costs. He said some of those savings came after borough employees retired, and their positions did not get replaced.

“Each one of the borough employees needs to be given credit for the savings,” Pierce said during his report at the Dec. 4 borough assembly meeting.

Despite all the savings, the borough appropriated an additional $600,000 in supplemental expenditures, which went toward the East Peninsula Highway Emergency Service Area program, the borough’s comprehensive plan, supporting the LNG project and hiring a compliance officer.

“We felt like we needed a seat at the table,” Pierce said about the LNG project at the chamber luncheon update. “We want to represent our borough residents to make certain that if decisions are being made as to whether it happens here or not, we wanted to participate. We had to pay some money and hire some lawyers and of course a compliance officer.”

Pierce told the chamber he was looking forward to hearing ideas from assembly members on how they can balance the budget at the fiscal year 2020 budget plan kick off on Jan. 9.

“We continue to spend more than we make in the way of revenues,” Pierce said.

In 2020, Pierce said the borough forecasts around $2.1 million in deficit spending.

“2019 will be very frugal as well,” Pierce said at the assembly meeting. “We’ll look for savings along the way.”